6-3-09 New York, New York. In the spirit of today’s DIY ethic of self-sufficiency, the THINK THINK THINK WHY WHY WHY project began when three people approached the idea of community engagement with the goal of starting a religion. Rather than follow already existing traditions, the group used a more democratic philosophy to structure their practices and beliefs. Drawing anonymously turned in "daily tasks" out of a hat, the group invited passersby to join them at their Welcome Center on 266 West 37th St, a Chachama Windows performance space awarded to the group. They hosted multiple events and workshops, including screening their exercise video. [See below]
project website: http://thinkthinkthinkwhywhywhy.wordpress.com/ 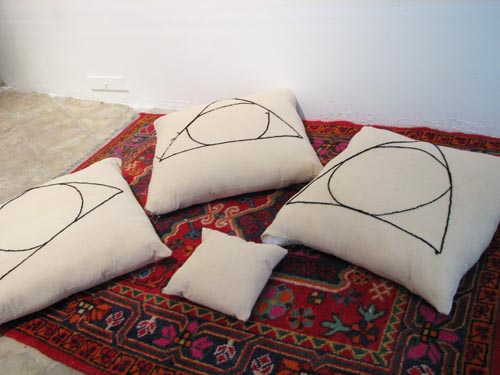 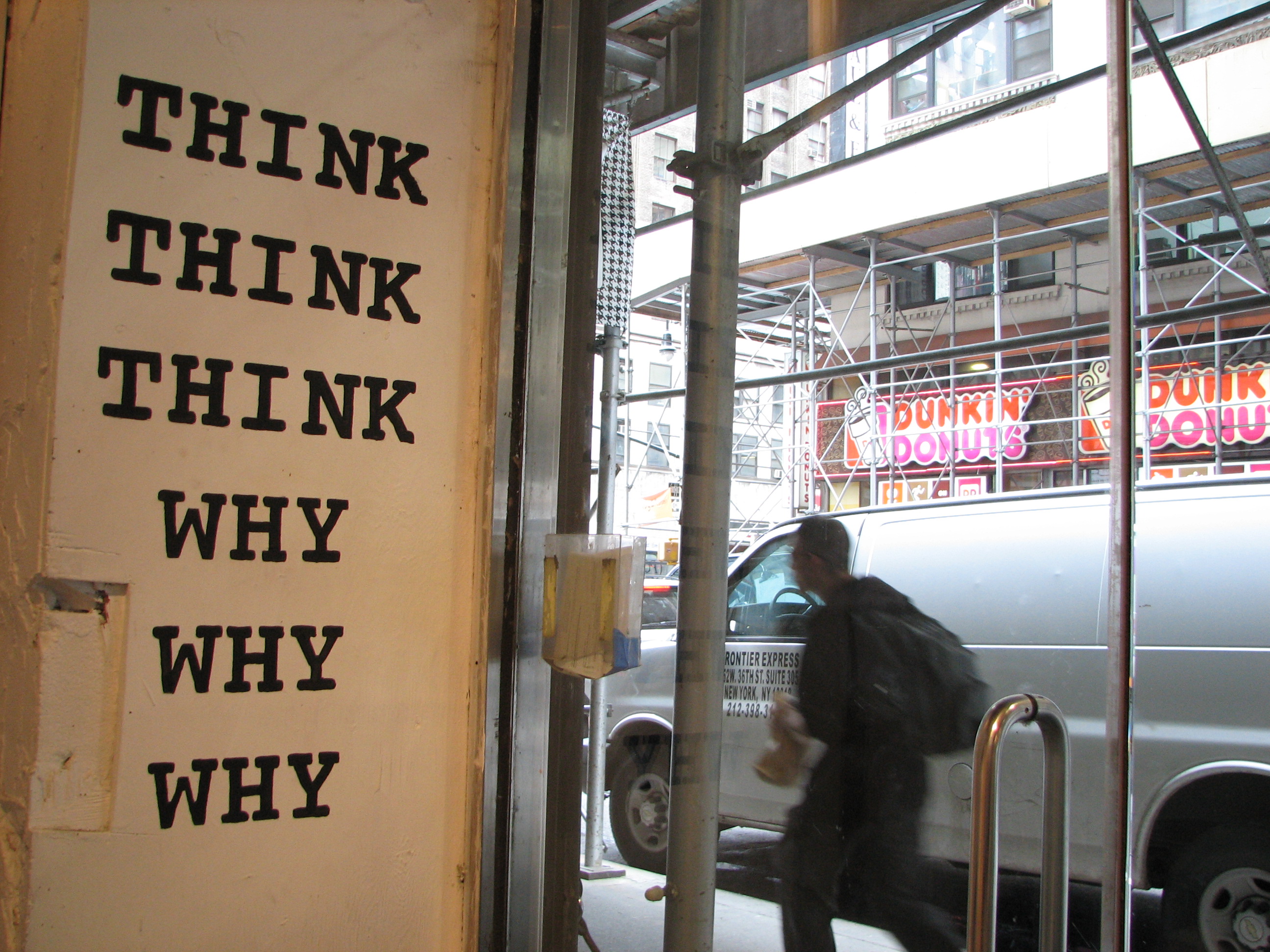 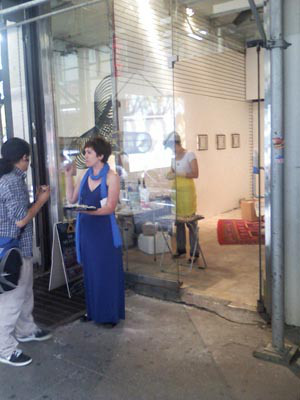